And ps: where is Graig Nettles? Not at this year’s Old Timers Game.

That’s GRAIG Nettles. Not Craig Nettles. All-time Greatest Yankee 3rd Baseman. Last we heard he lived in New Jersey. All-time leader in homeruns in the American League for a 3rd baseman. Carried Yanks to 1978 World Series with his Defensive heroics. Should be in Hall of Fame. 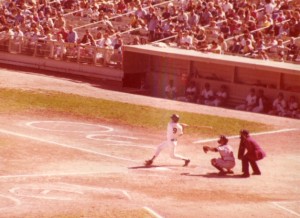 His number — #9 — is not retired. He has no plaque in the Yankee Stadium Monument Park. Today Willie Randolph gets a plaque; great we are huge fans of Willie Randolph. But where’s Graig Nettles‘ plaque?

Are the Steinbrenner kids still holding the grudge that dad had against Graig for writing Balls and calling Yankee Stadium the Bronx Zoo?

Nettles used to go to Yankee Old Timers Games but hasn’t been there the last few years. Is he ok healthwise? Someone has to find out. We are going to tweet every NY Post and NY Daily News Yankee beat writer to see if they know.

I know you can’t invite ‘everybody’ but:

Where was Sparky Lyle?

Where was Dave Winfield? Steinbrenners still holding that grudge?

Where was Jimmy Key?

Where was Fred Stanley? And how good would he have been on steroids?