Jack Buck, Harold Reynolds, and Tom Verducci did a good job during Yanks 8-2 win over Angels on National TV last night (FOX networks) — at one point Reynolds compared Adam Warren‘s lifetime ERA (3.52) to his GPA at North Carolina (3.35). Funny. The one thing they didn’t do well was make it like the Angels were having a horrid season, only being at .500 after the loss. Cristsakes the Yanks were at a game over .500 a week ago — a 5-game winning streak puts them 6 games over .500 and in first place by 1.5 over Tampa Bay. Being at .500 at this point in the season is not so bad a thing. 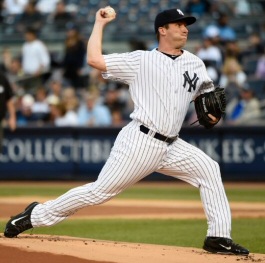 Love watching Adam Warren pitch. He is Mr. Unsung. Before you know it you’re in the 6th and Warren is throwing a shutout or maybe has allowed only a run or two. Last night was no exception — he shut the Angels out thru the first 4 innings, got into a little trouble in the 5th but got out of it with a double play; allowed a homerun in the 6th to Mickey Mantle lookalike/play-alike Mike Trout (another good observation by Harold Reynolds and they put a side-by-side facial and statistical comparison of Mantle and Trout on the screen) and then was relieved in the 7th after getting two outs but allowing a runner.

Adam Warren can strike guys out (has a 95 mph fastball) and seems tough of mind. Importantly, last night, after the Yanks scored 6 runs in the first, Warren took the mound in the second and retired the Angels in order 1-2-3. The Yanks tagged on a run in the 2nd to go up 7-0, and Warren retired the Angels in order in the 3rd, 1-2-3. Very important for a pitcher to go right at the other lineup after his team scores a bunch of runs, to cement their momentum. 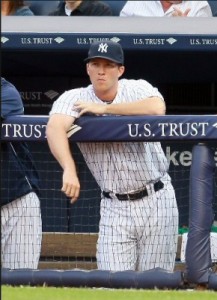 Another thing pointed out by the FOX national TV crew last night — Warren went to college at North Carolina with Matt Harvey! He also pitched with eventual major leaguer Alex White. Further research reveals Warren played with Andrew Miller and Daniel Bard at North Carolina — in fact he couldn’t crack the starting rotation as a freshman with them there. A good writeup on Adam Warren in college is here.

Without Adam Warren this year the Yanks would not be in first right now.