Most media analysts view the Yankee pitching staff as a big ?? question mark. Especially the back end of the rotation where they see a bunch of guys with 2-2 4.xx records for their major league career. So they see a staff that is Masahiro Tanaka and pray for rain. When Michael Pineda pitches, I pray for rain too but I’m much higher on CC Sabathia than most.

Back End of the Rotation — the Youngsters

As far as the big ?? question mark of the back end of the rotation — maybe I’m biased and have rose-colored glasses on, but I’ve actually watched the young Yankee pitchers pitch — whereas most media analysts from other teams haven’t watched them at all; they are just looking at statistics.

1. I love to watch Bryan Mitchell pitch — the movement on his curveball and fastball. Mitchell does have some trouble with his control and did not win a spot in the rotation this Spring (although it was 5 pitchers battling for 2 spots).

2. I love to watch Luis Cessa pitch — his moxie on the mound; he has pedigree (coming from the stacked Mets organization). He looked great at end of last season. On the negative side, he got touched up a bit in some of his appearances this Spring and starts the year in AAA.

3. I love to watch Chad Green pitch — when his off-speed is off-speeding he can put down Major League lineups with ease. He had a 1.54 ERA in AAA last year.

We saw all of this at the end of last season, when Green, Cessa, and Mitchell gave the Yankees a lot of fun starts in the middle of a late-season, unexpected playoff push.

4. And then this spring us Yankee fans have seen the terrific pitching of Jordan Montgomery, who has come out of nowhere to possibly cement himself as the 5th starter. Once upon a time a pitcher named Ron Guidry — a relief pitcher who was 28 years old — came out of nowhere to cement a 5th starter spot on the Yankees; hoping Montgomery can do similar things to Guidry’s rookie 16-7 season.

5. Then there is Luis Severino, whom I’m not convinced is a starter. I have a lot of ?? question marks about him. The Yankee management still has faith in him. His starts at the end of Spring training were impressive; if he does well it’s a bonus.

Last year the Yanks came into the Spring with an OLD OLD lineup that featured Alex Rodriguez and Mark Teixeira as its 3rd and 4th hitters, with Carlos Beltran at #5, and Brian McCann at #6.A year later we have Greg Bird, Aaron Judge, Matt Holliday, and Gary Sanchez.

On the Way Up

Yanks have a number of young outfielders ready to push Brett Gardner and Jacoby Ellsbury in left and center — Clint Frazier, Billy McKinney, and Dustin Fowler to name a few.

Gleyber Torres looked great in the Spring and was torrid in winter ball. He is now the #3 prospect in all of baseball. He’s off to AA but he may be back up by the second half of season.

Yanks won 84 games last year with an old lineup, broken rickety starting pitching staff (remember Nathan Eovaldi?), and phenomenal ballpen (Andrew Miller is the one star from last year’s team who is gone). This year the Yanks are loaded with young hitting talent who seem poised to become good or great MLB players; a better starting staff, and a great ballpen still.

I see the Yanks improving by 6 games to win 90 games. 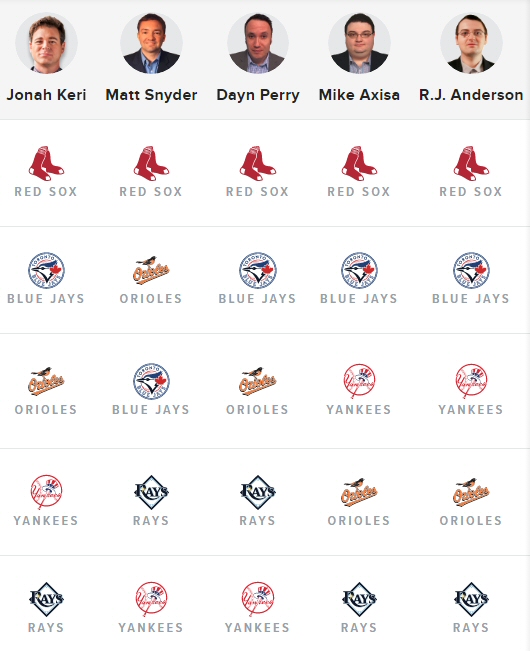 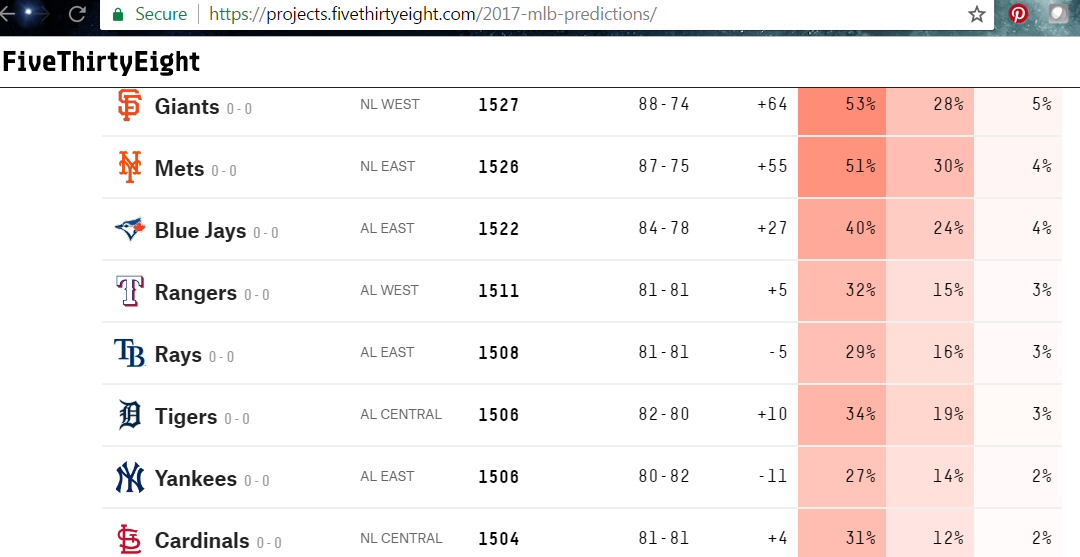 Steve Wulf @WulfESPN is the only one of 35 writers at ESPN who predicts Yankees taking division title http://www.espn.com/mlb/story/_/page/SeasonpreviewMLB_2017predictions/2017-mlb-experts-mlb-team-predictions

Chuck Connors (the Rifleman) vs Dave Winfield vs Aaron Judge