Someone asked me last night “Isn’t Didi Gregorius‘s last name an actual word?” The word is gregarious. Have never spoken to Gregorius to know if he is gregarious (although he sure has a great smile and seems from interviews to be) but his name is spelled with an o instead of the first a, and no “ious” (as in serious) at the end just “ius”. 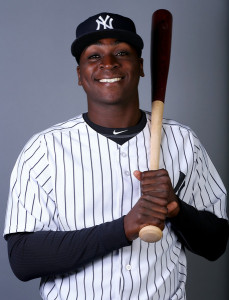 Last night, on a night when Chris Archer of Tampa Bay was stifling the Yankees — Didi was the lone Yankee who wasn’t having a problem with him. Through 7 innings, the Yankees were losing 3-0 and had only 3 hits — Didi had 2 of them — both solid shots (Chase Headley had the other hit a broken bat, excuse-me hit into left).

While Didi’s defense — horrible in the first half of the season — has been better lately (he’s still no Jeter — last night a shot to his right went past him; a play Jeter would have made in his sleep) — there are now reports out of Seattle that Cano has been making mental errors in the field.

Once again those numbers: