Tough loss last night; Johnny Barbato finally allowed a run this season — in the 10th — and the Yankees lost 3-2 to Oakland. 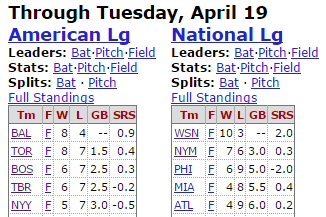 They’re in last place. That jumps out at you this morning when you look at the baseball standings. 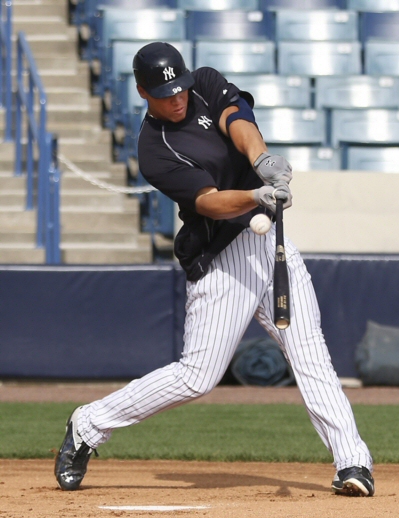 Yankees need a young power bat. Their core of Alex Rodriguez, Mark Teixeira, and Carlos Beltran — as a group look old so far this year (although 39-yr-old Beltran has hit well), especially to what the defending NL champ NY Mets have going on in Queens. You turn on a Met game, and you see the power hitting by Michael Conforto, Yoenis Cespedes, David Wright, Lucas Duda, Curtis Granderson, and even Neil Walker the new second baseman (6 homers so far), and on top of that their great young starting pitching staff (Noah Syndergaard, Matt Harvey, Jacob deGrom, Steven Matz) — you get the feeling that Mets GM Sandy Alderson is blowing past Brian Cashman in general management.

The Yankees do have their amazing ballpen (Andrew Miller, Dellin Betances, Chasen Shreve, and Johnny Barbato, with Aroldis Chapman coming). And Michael Pineda looked sharp last night. Yankees would love to see Luis Severino start shining. And of course they have Masahiro Tanaka.

Nathan Eovaldi goes tonite; he looked good last start except for two mistakes (both homers). He’s 0-1 with a 6.91 so far. He goes against Kendall Graveman (0-1 2.38) for Oakland. In the Bronx.