The Yankees have a dynamite bullpen this year — with Aroldis Chapman the ace, and and many of their setup men capable of being ace relievers — Dellin Betances (who has been out injured so far), Zach Britton (former ace reliever of the Orioles), Adam Ottavino (former top setup man in Colorado), Tommy Kahnle (former top setup man of the White Sox), Chad Green (who’s been lit up this year so far), Jonathan Holder (who has a hard fastball but often doesn’t hold ’em), and now Joe Harvey.

When will Aroldis Chapman and Dellin Betances become regarded as all-time great Yankee relievers? It will help if they win a World Series with the Yanks.

The Yankee Reliever “Wall of Fame”

Here’s a list of Great Yankee relief pitchers — the Yankee Reliever “Wall of Fame”. If you disagree or see any missing, let us know in the comments. 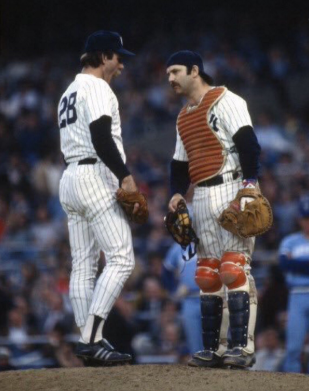