The Yankees enter the 2020-21 Hot Stove League with more questions than any Yankee team I can remember in the last 40 years. And that despite the Yankees being in the middle of a period when they have fielded over the last 4 years, one of their better teams ever.

In the Midst of an Elite Yankee Team

Last year, they lost to Tampa in game 5 of the 5-game series, 2-1. One stinking run (or two) away from advancing past young and mighty Tampa. And much of that has to do with luck — if they had the James Paxton and Masahiro Tanaka of the prior year, they would have probably won games 2 and 3 and waltzed past Tampa. But Paxton was out after coming back slowly from off-season back surgery and then straining his forearm late in September, and Tanaka wasn’t himself.

And so here comes Hot Stove League 2020-21 and all the questions:

Much of the Yankee questions start because of the sub-par year Gleyber Torres had defensively at shortstop. As a long-time Yankee fan, I know Derek Jeter was one of the best defensive shortstops of all time — and defend him constantly to the infantile statistics brought up by the Bill James afficianados. But Gleyber Torres — is clearly a poor defensive shortstop. Mediocre range and muffs balls hit right to him. He led AL shortstops in errors last year. 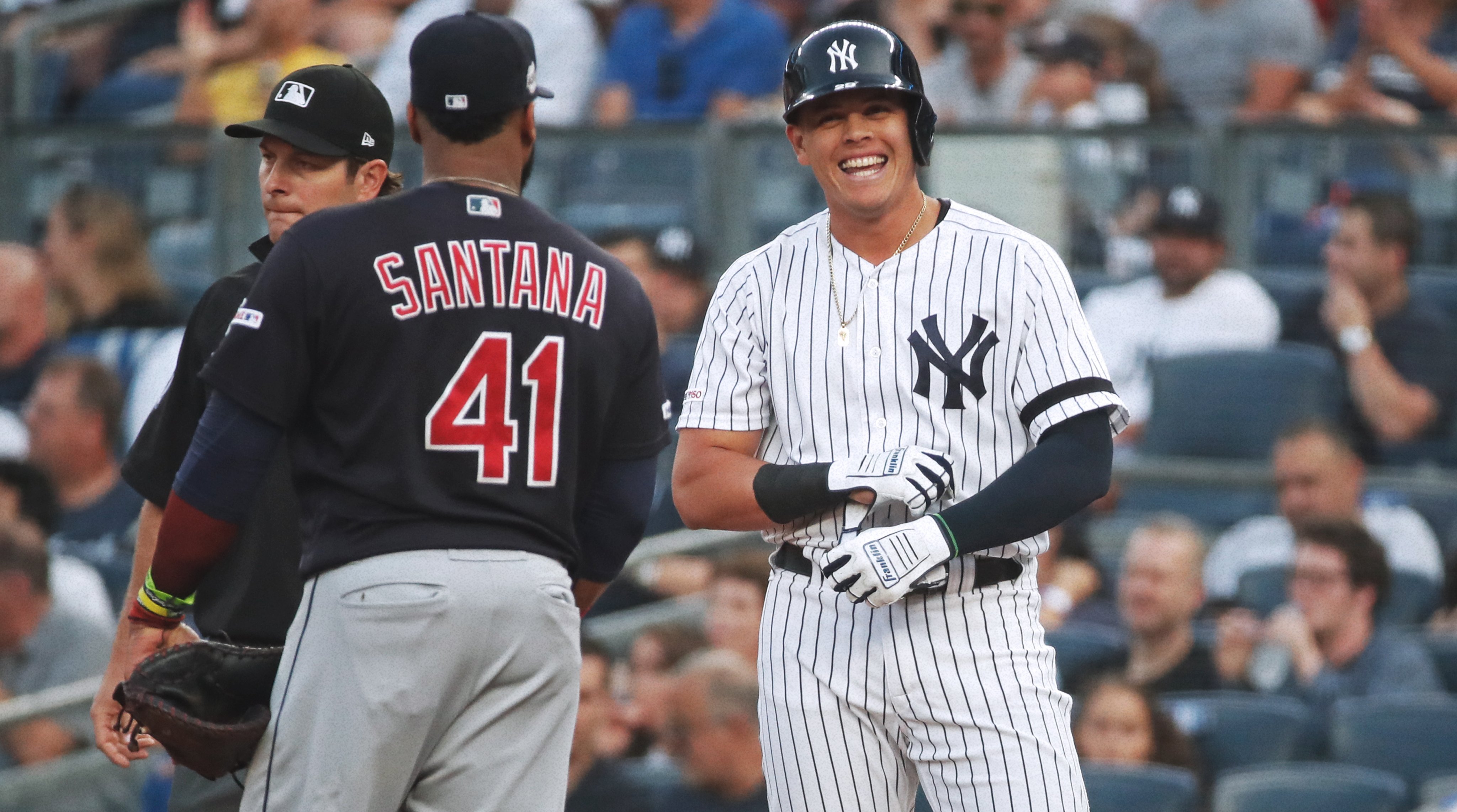 The shortstop question dominoes thru the whole infield. 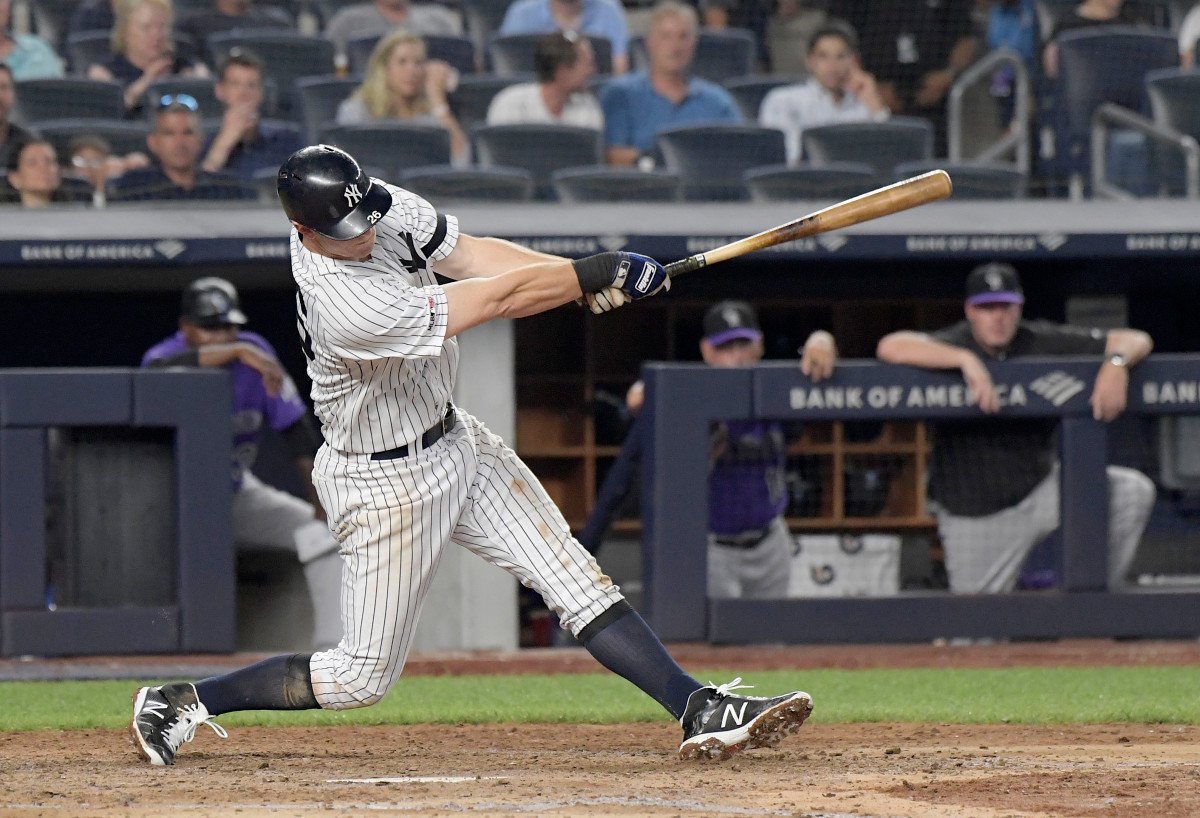 2. What to Do with Andujar?

While we’re in the infield — what do the Yankees do with Miguel Andujar? He can hit, hit, hit and yet was left off the post-season roster last year. They could have used his bat and the bat of Clint Frazier in that final game when they got 3 hits in losing 2-1. Frazier was on the post-season roster but manager Aaron Boone didn’t start him in that final game. Andujar and Frazier more than any Yanks, have ‘machine-gun’ bats that you feel will get hits off any pitcher, including elite ones who are on the mound for opponents in the playoffs.

3. What About Sanchez & Catcher Position?

Which brings us to the last infield position — catcher. Gary Sanchez. That’s it. That’s the question. He batted .147 last year. At the very end of the short season he started to hit the ball to all fields, and was quoted as saying he was trying to do that, to simplify the game for himself — just hit it where it’s pitched. Many Yankee fans, including former Yank Ron Blomberg on twitter, had been hoping/telling him to do so for some time. 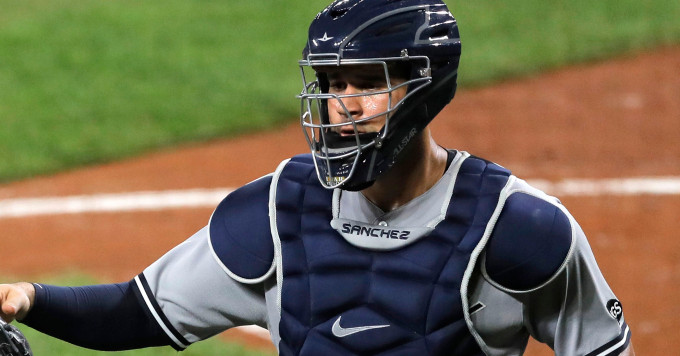 Sanchez is going to be 28 years old in 2021, and has lethal power — and his OBP last year was .253 — over 100 points higher than his batting average. His defense at catching balls behind the plate has improved and he has a rocket arm.

Kyle Higashioka did a terrific job last year as backup — and actually was better than Sanchez. He hit 4 homers in 48 at bats and batted .250. He didn’t walk a single time so his OBP was .250 also. Higashioka made Yankee fans completely forget about Austin Romine — who had done such a great job as Yankee backup and sometimes starting catcher for years. Romine slashed a 2-17-.238 (.259) in 130 at bats as the starting catcher in Detroit last year.

Winter rumors have it that a lot of teams are asking the Yankees for Higashioka. Meanwhile, one of the Yankees top 5 prospects is catcher Austin Wells — whom they drafted in June 2019, and of course didn’t play last year since there were no Minor Leagues due to Coronavirus. Wells just turned 21 this past July. The scouting reports on him is that he can hit, hit, hit as a power left-handed bat (important for the Yanks) but he has a mediocre arm for a catcher and doesn’t frame pitches well (yet). So he is probably a few years away if he even stays a catcher.

Which brings us to outfield. It would seem, finally, that left field is Clint Frazier’s position now — even though Boone didn’t play him in the final playoff game in lieu of playing Brett Gardner. Gardner has said he wants to play at least another year. He will be 37 in 2021. Not really that old. He’s coming off a 5-15-.223 (.354) slash line in 130 at bats. Note the OBP. And his phenomenal defense in left is still there. 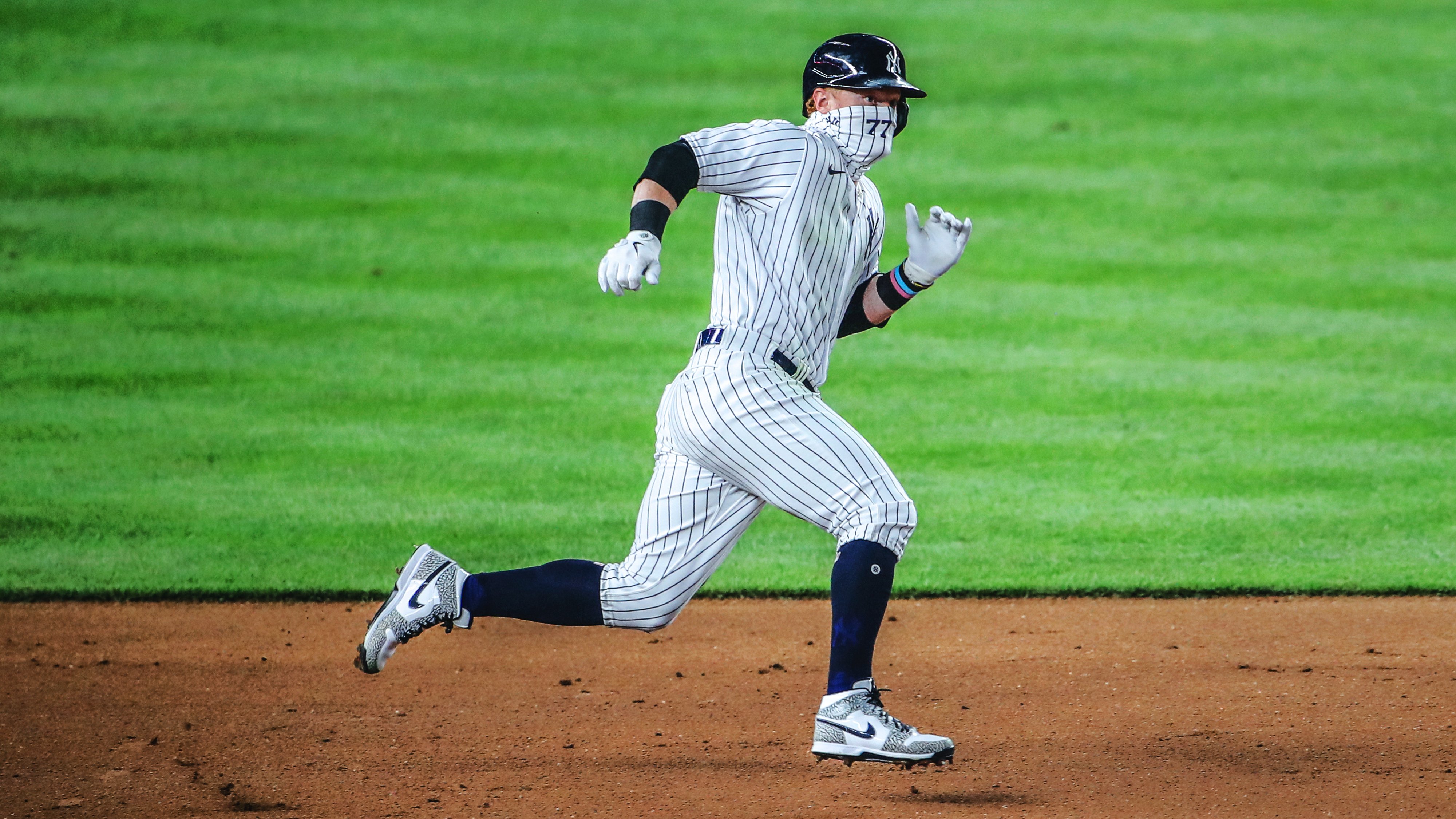 Frazier also played terrific Defense last year — the big surprise. He attributed his awful defensive 2019 to his slow recuperation from the concussion which kept him out of most of 2018. Frazier slashed an 8-26-.267 (.394) in 131 at bats in 2020. He was red hot until tailing off the last month which dropped the batting average to .267. For most of the short season, he looked like he was fulfilling the promise of budding star.

5. Can Judge & Stanton Ever Be Healthy?

Aaron Judge is the face of baseball, when he’s healthy. Not saying he’s better than Mike Trout — he just has a more memorable face, and when Judge is hot — he is great. Both on offense and defense. But the defense gets him in trouble health-wise — some of those diving catches put him on the shelf. Or he tweeks his hamstring when running. Last season he was the hottest hitter in baseball the first month — he was leading the league in homeruns with 7, and was the face of baseball. Then he got injured. Again. He finished with 9-22-.257 (.336) in 101 at bats. He’ll be 29 in 2021. The time is now for him to put some full seasons together. 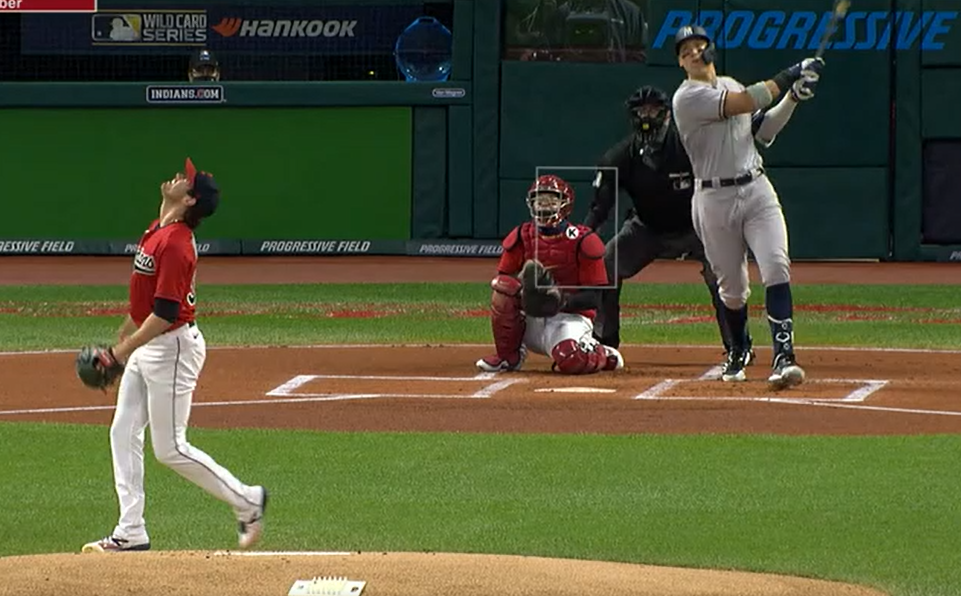 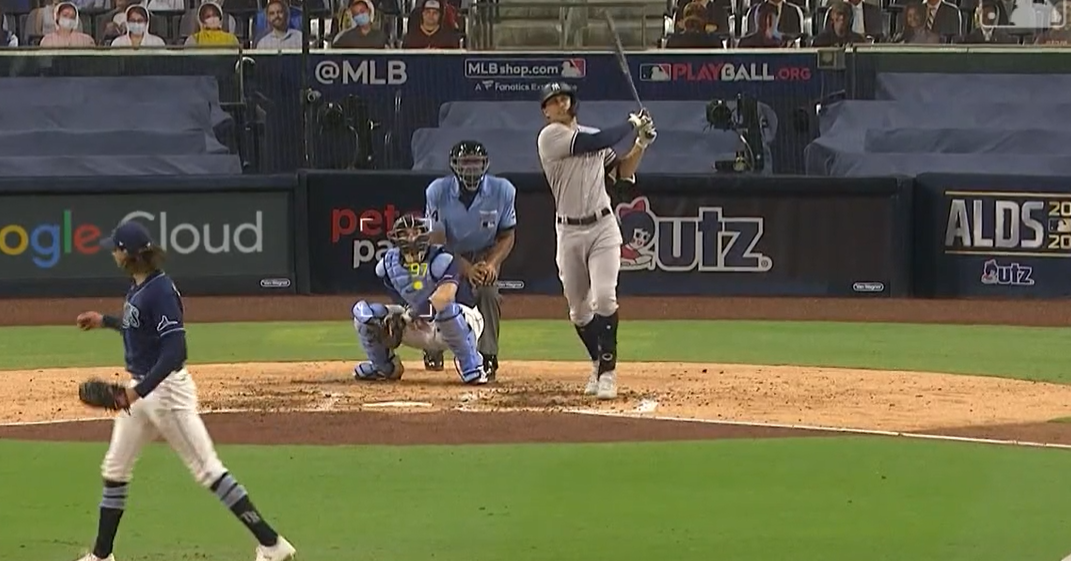 Stanton is the starting DH which means Andujar isn’t. And Stanton is a good fielder, who seems to hit better when he is engaged as a fielder, but Frazier is ticketed for left which means Stanton isn’t. Unless any and all of the above get injured which leaves games for the other guys to play.

6. Where Are the Lefty Power Bats?

The Yankees have always made sure they had a number of Graig Nettles-esq power lefty bats in their lineup. This Yankee team predominately relies on right-handed power bats: Judge, Stanton, Sanchez, LeMahieu, Voit, Gleyber, Frazier, Andujar — all righties! The lefty power bats of Mike Ford and Mike Tauchman both failed badly last year. Ford was 2-11-.135 in 74 at bats and Tauchman 0-14-.242 (.342) in 95 at bats. Tauchman at least hit for an average somewhat and had a decent OBP but 0 (zero) homers. How do the Yankees inject left-handed power into this lineup? What right-handed power hitters have to be exchanged? As it stands centerfielder Aaron Hicks (a switch hitter and the only guy not to pose a question in this article) is the only lefty power bat in the regular lineup. Part of the reason why Brett Gardner (a lefty) got playing time in the playoffs over Frazier.

7. Who Are the Starting Pitchers?

Here are the starting pitchers at this point in time:

Masahiro Tanaka, James Paxton, and J.A. Happ are all currently free agents. The Yanks have to answer the question: do they add another elite starter or two to this staff, and who will it be?

German was 18-4 4.03 the last time he pitched, and Jordan Montgomery looked good last year, coming back from Tommy John surgery. He pitched a great playoff game vs Tampa. The big 6’5 lefty personally reminds me of Andy Pettitte — both in the fact he’s a 6’5 lefty who knows what he’s doing on the mound and can strike a lot of batters out when he needs to — and the way he came up without fanfare thru the system — even getting not much fanfare after pitching good start after good start as a rookie (Pettitte in 1995 (12-9 4.17) and Montgomery in 2017 (9-7 3.88)).

But there are many questions: Deivi Garcia looked good in his rookie season. The question on him is — will Major League hitters catch on to him or will the diminutive 5’9″ righty continue to feast by beguiling hitters with his off-speed stuff and lively fastball? Will Severino ever be as good as he was after Tommy John surgery?

8. Is Chapman the Ace Reliever to Bank On Anymore?

After Aroldis Chapman allowed another game-winning, series-ending homerun to send the Yankees home for the winter again, Yankee fans are starting to wonder if he is the ace reliever that you want to trust for a World Series run anymore. He’ll be 33 years old in 2021. He had a 3.09 ERA last year in 11.2 innings (22 strikeouts, 6 hits). There were times when he looked as dominating as ever. He is signed thru the next two years — thru 2022 — at $16M/yr.

9. How Good Is the Setup Staff?

Zack Britton was terrific in 2020 — 1-2 1.89 in 19 innings in the regular season and terrific in the playoffs, so the Yanks have to feel good having him as the setup man. Chad Green also looked terrific last year (after a shaky start) in thru the playoffs.

Adam Ottavino was a big question mark as he completely lost it at the end of the year; was getting lit up. The Yanks lost Tommy Kahnle for the year due to Tommy John surgery. They could have used him.

Jonathan Loaisiga stepped up and pitched some pretty good ball — 3-0 3.52. Miguel Yajure looked great when he came up, late in the year.

GM Brian Cashman was interviewed on WFAN on the radio on Dec 15. He gave some answers:

Cashman said the Yankees’ #1 priority at this writing is to sign DJ LeMahieu. And if they sign him, they want him for 2nd base — because of his defense and offense at that position — that is where his value lies. “His true value is at second, which takes advantage of the defense and the offensive profile he brings for that position. That’s our interest,” said Cashman.

Cashman said they have no intention of trading Luke Voit. He is their 1st baseman.

So that answers most of the questions about the infield. Except shortstop. Presumably Gleyber Torres gets another year to improve defensively and prove himself. He is only 24 after all. Although — he is not 23 anymore.

On catcher and Gary Sanchez, Cashman said, “Going into Spring Training, I think he would be the heir apparent, even though the season ended the way it did. We’re going to bet on him returning to form as the All-Star-caliber player he was prior to the 2020 season.” Sanchez is currently playing in the Dominican Winter League.

Cashman said that after LeMahieu, they’ll go after pitching. He said you never have enough pitching. Cashman said ideally they’d like to bring back Tanaka and Paxton because they’ve proven they can pitch in NY. But he said that is an ideal world and he couldn’t say what he has to play with budget wise.

That said, Cashman said the Yanks feel good about their current rotation of Cole, Severino who’ll be back in July, German who won 19 last time he pitched (Cashman was in error — actually 18) and is pitching now in winter ball, and Montgomery who he had high praise for. Cashman said they really liked what they saw from Monty last year. Then also Deivi at the number 5 spot.  Cashman added they have a number of other young pitchers they like such as Schmidt, Mike King, Michael Yajure and others. 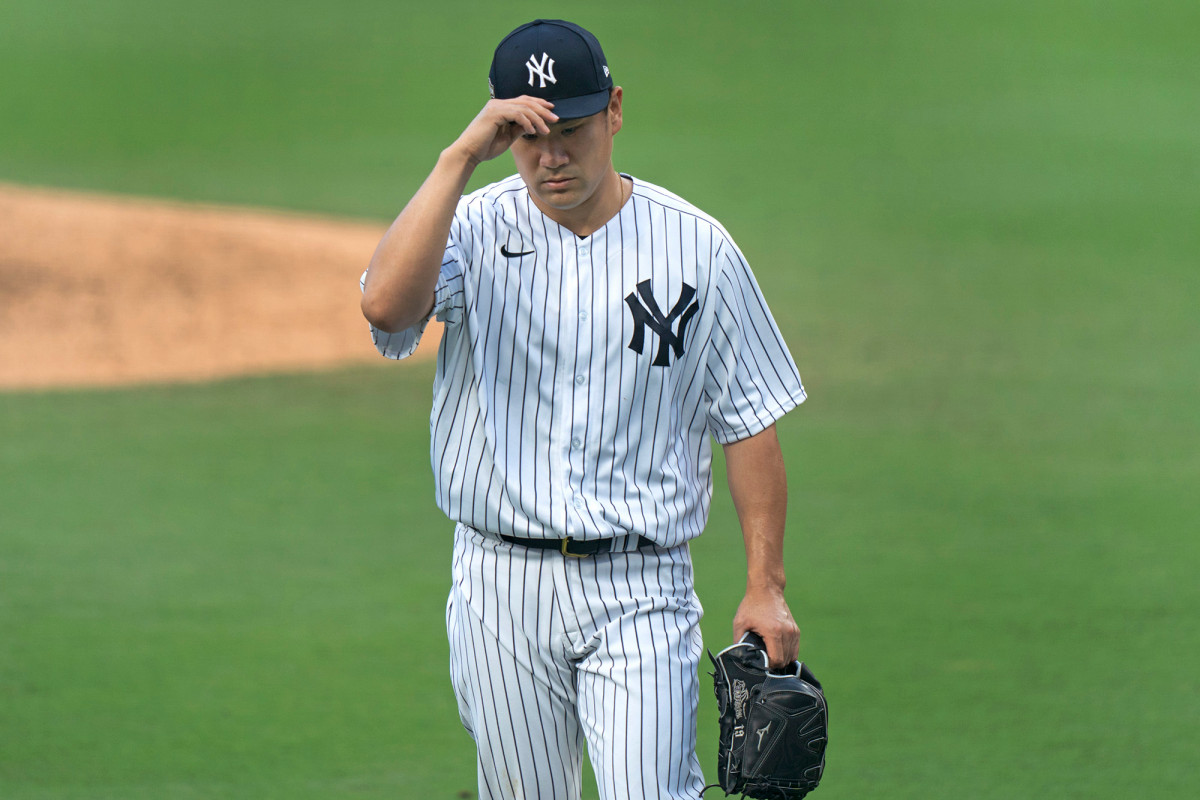 4. Gardner Should Be Back

Cashman said Brett Gardner is also on the club’s radar, and he has spoken to his representative Joe Bick.

MLB captured some of that interview here: https://www.mlb.com/news/brian-cashman-yankees-dj-lemahieu-free-agency, the head’s up on the link provided by @JohnMorra3.