All is good in Yankee Universe as the Yankees crushed the Orioles in a doubleheader — for their 3rd straight win — as Gerrit Cole stepped up as Ace and pitched a 7-inning shutout in the 1st game, and Masahiro Tanaka said hold on I’m still the Ace, with a dominant performance in the 2nd.

The Yankee offense made each game pressure free:

The star of the first game was Gerrit Cole, who stood up as an ace and was dominant: 7 innings, 2 hits, 9 strikeouts, for a complete-game shutout in the 7-inning-games-in-doubleheaders-due-to-Coronavirus season. He improved his record to 5-3 3.20.

This man is ice Cole. pic.twitter.com/jCJLULenyK

Mike Tauchman singled in a run in the 6th for a 6-0 lead and overall went 3 for 3 (still no homers).

With the first game settled, Yankee fans were looking for the sweep. Former Yankee Ron Blomberg tweeted, “In the first game Gerrit Cole did what aces are supposed to do and he did it well. A sweep would be such a great confidence booster for this team. I hope they come out now firing on all cylinders.”

The Yanks obliged. After Masahiro Tanaka allowed a solo homer to DJ Stewart in the top of the 1st, the Yanks exploded for 4 runs in the bottom of the 1st– including an RBI single by Gleyber Torres and a 2-RBI double ripped to left by Miguel Andujar. The Yanks were up 4-0 with their two rookie stars of 2 years ago hitting back to back again.

It knocked Baltimore rookie pitcher Keegan Akin out of the game. He finished with just 2/3 of an inning pitched. Akin had given the Yanks so much trouble the weekend before in his first start against them.

Then Luke Voit went to work: he hit a 3-run Bomb to the opposite field over the left centerfield fence in the 4th off Baltimore’s Asher Wojciechowski for a 7-1 Yankee lead,

Kriske blew through the Yankee minor league system last year, after coming back to baseball from Tommy John surgery that he had in 2017, which, like many pitchers, has appeared to make his fastball faster. Kriske reportedly added an extra 4 mph to his fastball that clocks at 97 mph. He has a sweeping slider, and added a splitter last year as a 3rd pitch to offset his slider.

Oddly enough, Kriske was not on the Yankees top-30 prospect list according to MLB coming into the year. But he’s here now looking good.

Even Gary Sanchez got a hit — to the opposite field — in the 2nd game making it a perfect day for Yankees fans.

DJ LeMahieu leads the American League in batting at .359, and Luke Voit tied Mike Trout for the league lead in homeruns with 16.

In remembrance of those who died on September 11th, a plaque was placed in Monument Park during a ceremony before the game, carried in by Brian Cashman, Aaron Boone, and Brett Gardner. EMT Sarah McShane sang the National anthem. 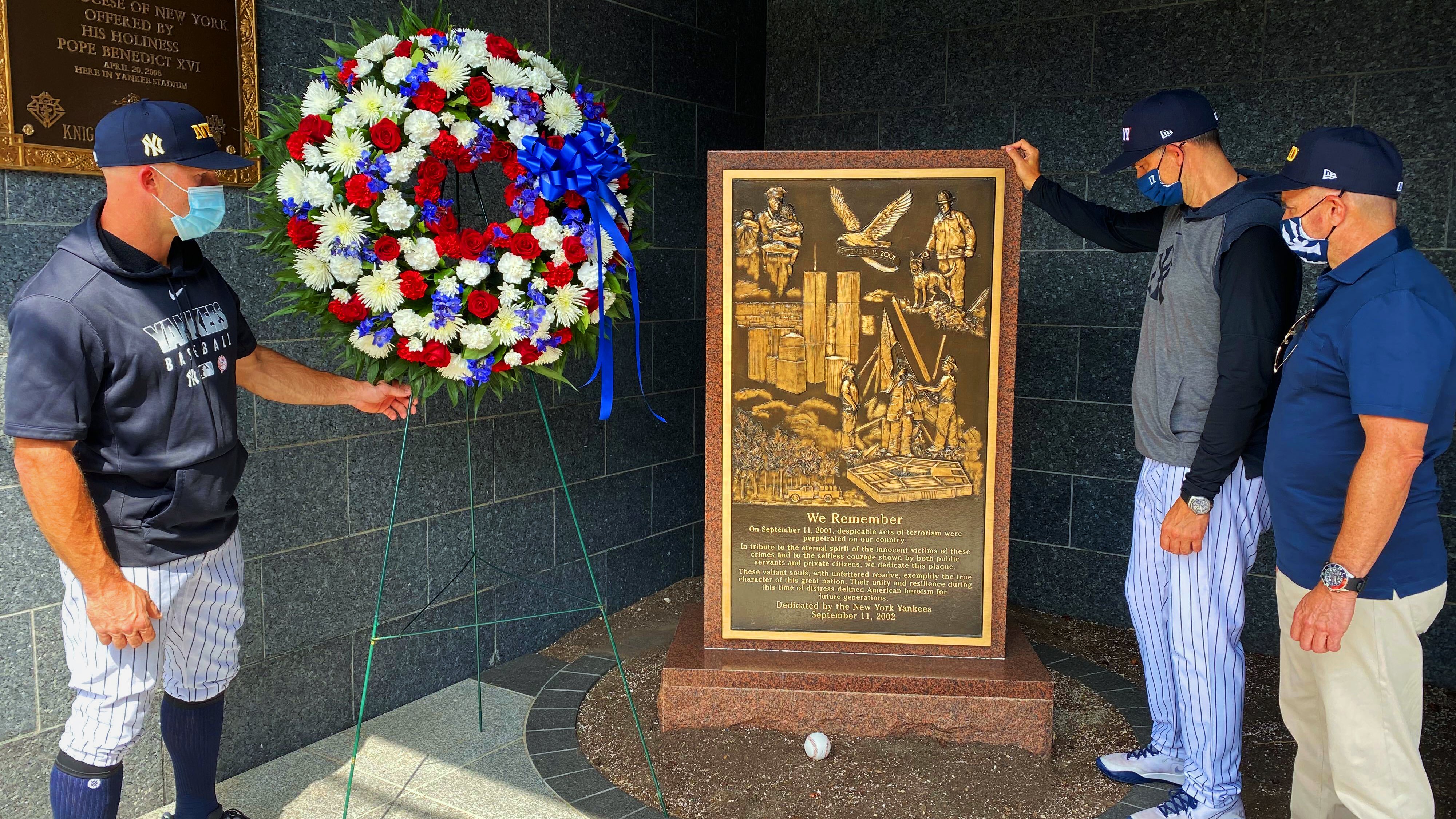