ESPN formed a panel of MLB writers, analysts and contributors to rank the top 100 players heading into 2016, and then also the top 10 players at each position.  Yankees made the top 10 list for relievers, catchers, and left fielders. 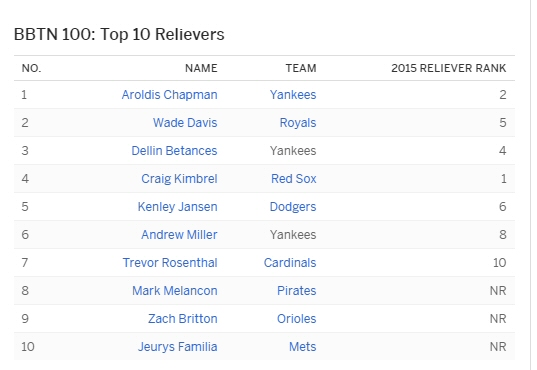 Note that Aroldis Chapman is #1 in all of baseball; note that the panelists voting ended up placing Dellin Betances higher than Andrew Miller. Note also that all three moved up higher than their position last year.  Nice to have 3 (THREE) of the top 10 relievers in baseball on the Yankees. 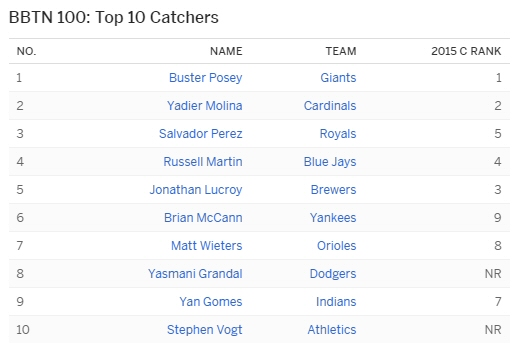 Note Brian McCann, who had a good year in 2015, moved back up from where he’d fallen to (#9) after his terrible 2014. He is now rated 6th best catcher in baseball — 2 slots behind former Yankee Russell Martin. 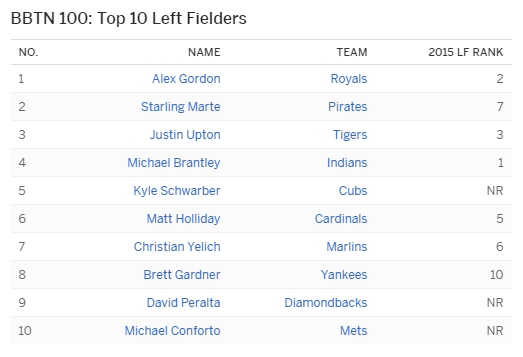 Brett Gardner is ranked 8th best left fielder in baseball. We of course know that’s based on his great first half of 2015, not his horrible second half of season or playoff game. A terrific ranking and he’s moved up from his prior ranking, which was #10.

No Other Yankees in Top 10 At a Position

That’s it folks — the full article and list is here.

None of the Yankee starting pitchers made the top 10 amongst right handers or left handers.

Would be good to see:

If some of that happens, Yanks will make the playoffs again in 2016.