You wake up on a Saturday morning and last night’s Yankee game is still in the head. If you’re a Yankee fan. It sets your mood.

This morning — a sunny Saturday brisk April morning — is not so sunny. Luis Severino didn’t pitch badly last night, but he wasn’t good . He allowed 8 hits. Pitched 5 and 2/3 innings. Four runs — there were 3 in when he left and he was 1 out away from a ‘quality’ start (6 innings, 3 ER) — but Kirby Yates came in to allow one of his runners. It was 4-1 Seattle en route to a 7-1 loss on a night when the Yankees left so many (12) runners on base.

The clutchness of the offense should come around; what is worrying is that maybe Severino isn’t that good. With the score tied 1-1, Severino hung a fastball over the plate that Chris Iannetta hit for a 2-run homer and a 3-1 Seattle lead. On Twitter it was use of his changeup and pitch selection that fans were questioning. 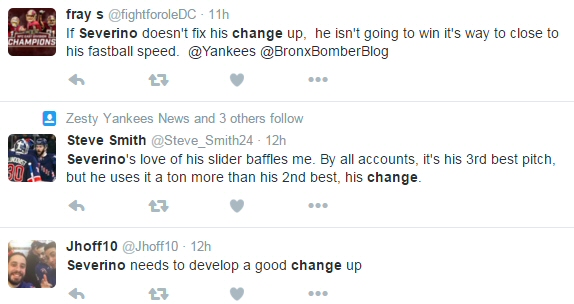 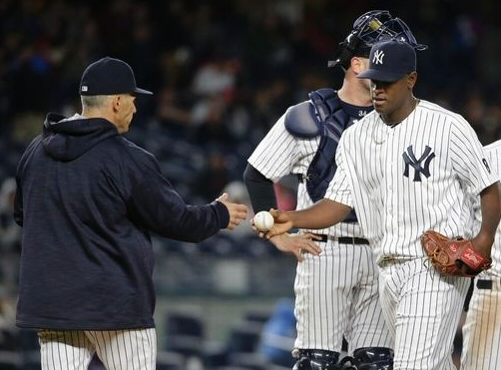 In the end, most Yank fans felt it was the clutchness of the offense that let the team down. Lost in the futility was that Brett Gardner went 2 for 3, with 2 walks a run and an RBI. Chase Headley, Didi Gregorius, and Starlin Castro all got a hit; and Beltran got a hit plus that drive to center that was caught (could have changed the game). And they got a lot of walks. Not lost was that Jacoby Ellsbury went 0 for 5 with 2 strikeouts.

Tweets that we favorited during the night gives you a feel for the game — in reverse chronological order: 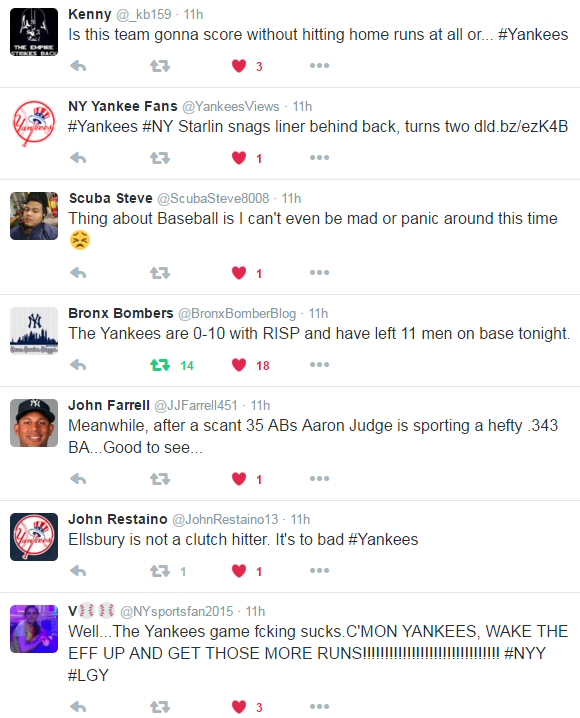 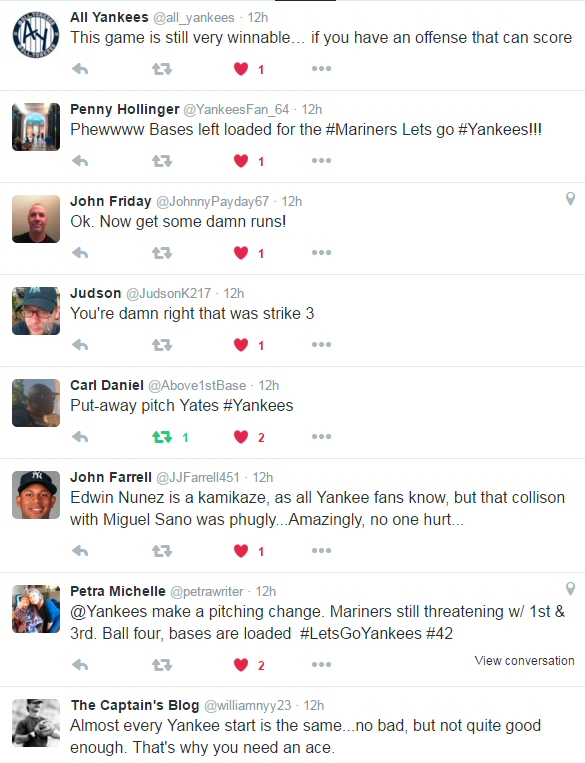