It’s the final game of the season; Yanks relegated to 4th place whatever they do — they are playing the Baltimore Orioles in a game that means something for them, Toronto, and Detroit. So Joe Girardi will try his darndest to win.

But it’s the final game of the year and players’ individual statistics factor into it too.

The Yankees have 4 regulars on the bubble — Joe may sit them so their averages don’t fall a percentage or two off current levels:
Brett Gardner .260
Jacoby Ellsbury .261
Starlin Castro .270
Chase Headley .251

Don’t expect to see Gardner at all today. One more hitless at bat and he’s at .259. If he gets a hit later in the game and goes 1 for 4, fine, but there’s not guarantee that happens.

Ellsbury and Headley can afford one more hitless at bat. Expect to see them as pinch hitters later in the game.

This would mean today’s lineup could be something like:

From a stats standpoint:

Would anticipate Joe will ask individual players what they want to do; or maybe not ask and sit them as if he asked they’d surely ‘say’ they want to play, but privately not want to for sake of the average. Let’s see what today’s lineup is.

The Yankee lineup on the final day of the 2016 season is pictured below. 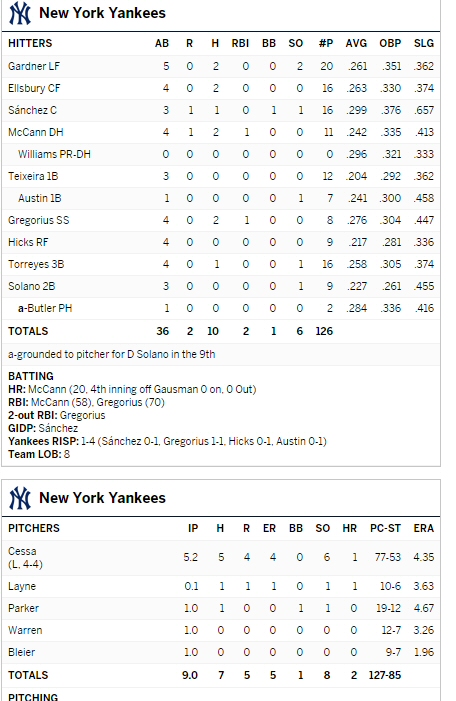