Just after Christmas 1974 George Steinbrenner gave all NY Yankee fans a Christmas present — signing superstar pitcher Catfish Hunter to the first ever free-agent contract — a 5-year deal. The Yanks had just finished their “Band on the Run” season, almost stealing the division title, finishing 2 games back of Baltimore with a pitching staff that included 19-game winners Pat Dobson and Doc Medich, ace reliever Sparky Lyle, top setup man Dick Tidrow, and a team that had at its core Bobby Murcer, Thurman Munson, Graig Nettles, Lou Piniella, Chris Chambliss, Roy White, and Elliott Maddox — all in their prime and at or under 30 years old. They were predicted to win the division in 1975 but that didn’t happen. Shea Stadium interfered but that core team was in store for great times ahead.

Hard to believe that 1974 team was so young compared to the current Yankees — who in 2014 seemed like the oldest team ever assembled. For 2015 the Yanks will be younger. Just like 40 years ago, the Yankee management has given Yankee fans some Christmas presents this week. Chase Headley was resigned on Monday; Chris Capuano was resigned on Tuesday; on Thursday the Yankees acquired a young 24-year-old fastballer named Nathan Eovaldi, plus rookie pitching prospect Domingo German, and outfielder Garrett Jones in exchange for David Phelps and Martin Predo. On Friday the Yankees picked up reliever Gonzalez Germen from the Mets.
That’s right Yanks got German on Thursday and Germen on Friday. And a Partridge in a Pear Tree. Keith Partridge. On Saturday the Yanks designated Preston Clairborne for assignment. 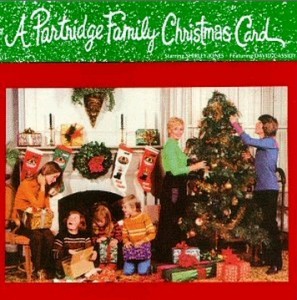 Zolio Almonte doesn’t play for the Yankees anymore he’s on Atlanta now. Francisco Cervelli was shipped to Pittsburgh for Justin Wilson just before Thanksgiving — a week before the Yanks released Zelous Wheeler.
Anything else? Brandon McCarthy pitches for the Dodgers now — their Christmas present to themselves. Shane Greene was sent packing for young 24-year-old shortstop Didi Gregorious. David Robertson left for the White Sox, and Yanks instead signed setup ace Andrew Miller. Dizzying.
Merry Christmas Yankee fans. In tomorrow’s post we’ll examine the lineup over a glass of Egg Nog.