The Yankees and Yankee fans are in the Darkest Depths of Mordor.

A huge mistake, and an offense that was 1-hit into the 9th inning produced another Houston win — 5-0 at the Stadium — to give the Astros a 3-0 game lead in the ALCS.

Aaron Judge and Harrison Bader both tried to catch an easy fly ball in the 2nd. Judge called all the way but stopped at last second realizing Bader was calling for it too. Unfortunately Judge’s body obscured the ball from Bader at the last second. Instead of an inning-ending out it was a runner on due to the dropped fly ball, and the next batter Chas McCormick lined one just over the shortest part of the short porch in right for a 2-0 Houston lead.

Gerrit Cole pitched great, a victim of no run support and that bad defensive play — but was running out of gas in the 6th, replaced by Lou Trivino with bases loaded, nobody out. A sac fly and a killer 2-RBI single by Christian Vázquez later, Houston was up 5-0.

And the Yankees could not hit Cristian Javier and his 94-MPH four-seam fastball, which he threw predominantly into the 6th, relieved by the Astros pen.

“They’re not really missing over the big part of the plate a lot,” said Anthony Rizzo afterwards. “And when they do we’re not making them pay. Should give credit to them; they’re good.  They’ve got to us these first 3 games.”

NY finally got two walks in the 8th, and two singles in the 9th, but it was Way too little, Way too late.

On a 60-degree, Saturday night in the Bronx. Game time start was 5pm; the game over by 8pm.

What would otherwise be thought to be a beautiful October evening. But was the Darkest Depths of Mordor.

Gerrit Cole was moving along briskly when he got Christian Vázquez to loft an easy fly ball to right center to end the top of the 2nd.

But incomprehensibly, Harrison Bader and Aaron Judge both tried to catch the ball. Both called for it. It was an easy fly. It was Bader’s ball — he’s the centerfielder — but Judge got just in front of him at the last second — stopping to let Bader catch it — which distracted Bader and the ball fell out of Bader’s glove.

Harrison Bader and Aaron Judge had a miscommunication on this fly ball and Bader was unable to make the catch.

Chas McCormick homered in the next at-bat. pic.twitter.com/wib2VsaTr9

“I hate to say it, but the team that makes lots of silly mistakes is usually the one not to advance in these playoffs,” said Suzyn Waldman on the radio.

A minute later, Chas McCormick hit a line drive that just made it over the shortest part of the short porch in right for a 2-0 Houston lead. Yankee fans were LIVID — on Twitter and in living rooms everywhere.

You just love to see it. pic.twitter.com/bMyYmp9cUs

Meanwhile it looked like it was going to be a long evening for the Yankee offense as they could not muster a hit off Cristian Javier, the 25-year old, 6’1 righty in his 3rd season.

3. Cole Pitched His Heart Out

Cole cruised into the 6th, striking out 7 — but an Alex Bregman leadoff double, walk to Kyle Tucker, and single by Yuli Gurriel loaded the bases with nobody out.

Manager Aaron Boone relieved Cole, who was at 96 pitches, and brought in Lou Trivino.

Trey Mancini hit a sac fly for a 3-0 Houston lead. But a single by Christian Vázquez that plated 2 runs was the killer.

The Yanks finally got something going in the 8th off Hunter Brown — leadoff walks by Josh Donaldson and Oswaldo Cabrera. But fly out by Jose Trevino, lineout by Anthony Rizzo (who hit a loud foul ball), and ground out by Aaron Judge ended the threat.

With 2 outs in the 9th, NY got consecutive singles by Matt Carpenter and Harrison Bader, but Donaldson struck out on a checked swing for the old ballgame. 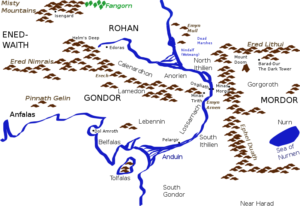 In J. R. R. Tolkien’s fictional world of Middle-earth of his “Lord of the Rings” books. From wikipedia: “Mordor is the realm and base of the evil Sauron. It lay to the east of Gondor and the great river Anduin, and to the south of Mirkwood. Mount Doom, a volcano in Mordor, was the goal of the Fellowship of the Ring in the quest to destroy the One Ring. Mordor was surrounded by three mountain ranges, to the north, the west, and the south. These both protected the land from invasion and kept those living in Mordor from escaping.”

Mordor was made famous by lyrics to the Led Zeppelin song, “Ramble On”.